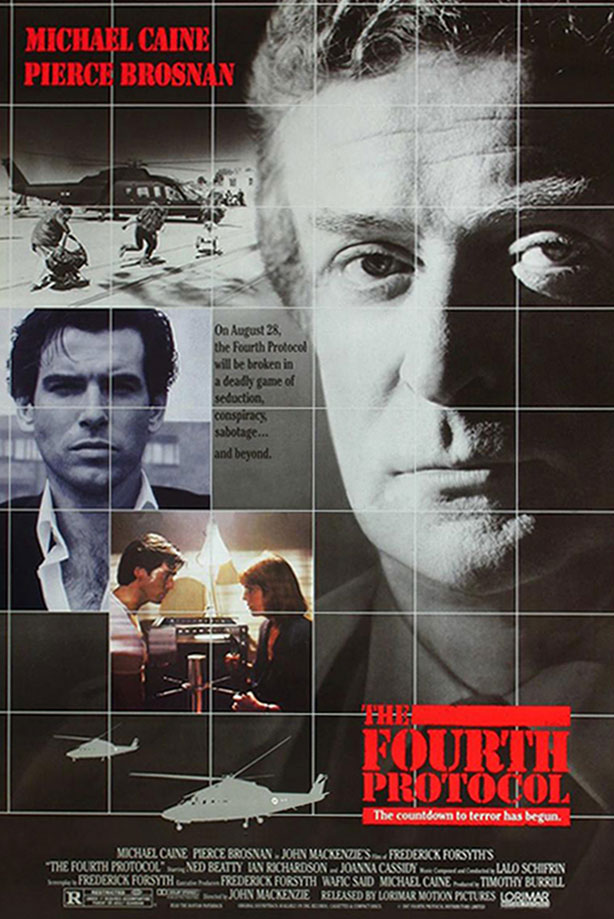 Scripted by Frederick Forsyth from his own novel, The Fourth Protocol is a fact-based spy thriller. The titular protocol is a secret agreement between America, Britain and Russia to cease smuggling nuclear weapons into their respective countries. This figures into the schemes of several rogue spies, who hope to destroy NATO by embarking on just such a smuggling endeavor.

Russian agent Valeri Petrofsky (Pierce Brosnan) is ordered to stage a nuclear accident in England, then arrange the evidence to point to the Americans. British intelligence agent John Preston (Michael Caine) begins wondering why such nuclear-weapon components like lithium are showing up in the unlikeliest places. Ignored by his superiors, who figure that Preston is merely an old-line anti-Commie paranoic, Preston gathers the clues that will enable him to find out who’s behind the potential breaking of The Fourth Protocol.