Julia Verdin and her 2 Jacks

JULIA VERDIN is an L.A. based British producer and former actress who has a long list of feature film credits. Her most recent project, “2 Jacks,” is a well crafted Hollywood tale with excellent performances from stars Danny Huston, Sienna Miller and Jack Huston. The film also stars Jaqueline Bissett, Izabella Miko, Lydia Hearst, Jamie Harris, Richard Portnow and Billy Zane and was directed by Bernard Rose.

HOLLYWOOD REVEALED: Hi, Julia. Your latest independent film, “2 JACKS” has been enjoying some great success. Tell us how the screenplay come to you and what was the turning point in you deciding to produce it? 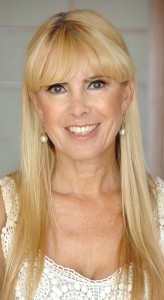 Julia Verdin: BERNARD ROSE, DANNY HOUSTON and I have all known each other for many years and wanted to work together so we decided to make the sort of film we would all like to go and see. Bernard has always been a big fan of Tolstoy and Danny was keen to do a movie with his nephew JACK HOUSTON, so Bernard decided on adapting the Tolstoy short story “Two Hussar’s” and set in Hollywood, making the father and son film directors as opposed to cavalry officers. The interesting thing about Tolstoy is that many of his themes are still very relevant today.

HR: Was there any other cast already attached?

Julia: No. Just Danny and Jack to start with. Between us all we reached out to our other actor friends who were right for the various roles and very quickly put this great cast together. I am very fortunate to have worked with many wonderful actors over the years that I have developed great relationships with, so I was bring people like BILLY ZANE, SIENNA MILLER and JACQUELINE BISSETT to the table.

HR: What do you think the attraction was for these actors?

Julia: I think many of them were attracted to working with Bernard as he is a wonderful and prolific director. The material also provided them with interesting challenges and the opportunity to improve which can be fun and different. Tolstoy’s characters live and breathe like Shakespeare’s and so they are very appealing to most actors.

HR: How would you describe the shoot?

Julia: It was fun and very collaborative, i think everybody really felt a part of what they were doing.

HR: What was the biggest challenge you faced in making this film? 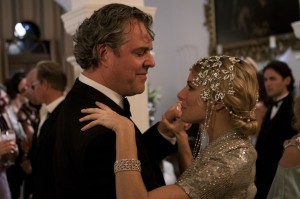 Julia: The challenge on any independent movie is always finding creative ways to do things with a limited budget. We had a large cast and also a couple of big party scenes and small things such as extra casting is always important and time consuming finding the right people who will be a good fit. We reached out to a lot of our industry friends to be in the party scenes so they would look authentic. I had to organize tango lessons for Danny and Sienna and bridge lessons for some of the other cast. I also had to find great locations, musicians and dancers so it was quite challenging and a lot to do in a short time so found myself working round the clock and calling on the generosity of friends for help. My very talented designer friend Julia Clancey did the costume design for the film and created wonderful costumes for us.

HR: Tell us about your background? Where are you from and how did you start your career?

Julia: I started n the business as an actress in England and then moved into producing. I am passionate about film and love the creative aspect of it. I love developing material with writers and then putting all the elements together. It’s always challenging but enormously satisfying to see it coming to life. First and foremost you need a great compelling story and well executed script , then attaching the right director at the helm who has a real vision for the story and casting it right can often make the difference as to how it comes to life and blossoms.

HR: You are also a personal manager. Was that a natural progression? How and why did you take on acting clients? 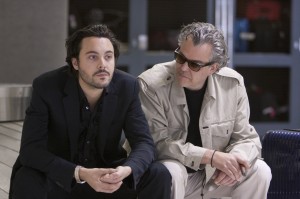 Julia: I started managing actors about 18 years ago, i was constantly placing friends in jobs as I have always been good at putting people together so it seemed like a natural progression. I have a wonderful roster of great actors who I really love and believe in and they are constantly working in film and TV. I really enjoy the synergy of managing and producing. They work very well together.

HR: “2 Jacks” recently premiered at Raindance2 Jacks poster FLAT Film Festival in London. Where else is it going to be seen?

Julia: “2 Jacks” has been at some great film festivals including Montreal worldwide, Vancouver International, Hollywood film festival and yes, the Raindance festival In London. It is currently the opening night film at LA FEMME INTERNATIONAL FILM FESTIVAL on Friday Oct 18th in LA and It will be coming out in Cinemas and on VOD platforms also on Friday 18th of October as well.

HR: That’s a great end result for this exceptional little movie. What’s next for you as a producer?

Julia: I love bio pictures and have a wonderful project about the iconic French actress Sarah Bernhardt written by Cynthia Riddle, I am also producing a dysfunctional family Christmas story called Surviving Christmas written and to be directed by James Dearden for which we are in the process of assembling a wonderful cast. I will produce a female driven comedy called The Homecoming Queen goes down which will star and was brought to me by Olivia D’Abo one of my management clients. 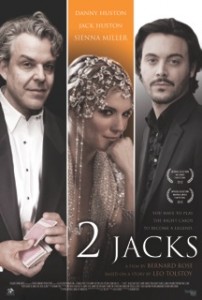 Julia: My perfect LA weekend is hiking up Runyon Canyon, doing Kundalini Yoga, a lovely dinner with friends at The Chateau Marmont Hotel on Saturday followed by brunch at Soho house on Sunday, a tea party with all my film maker friends at my house in the afternoon, swopping ideas, sharing experiences and celebrating the wonderful lives we all are lucky enough to have and a good movie in the evening.

For full list of cinema’s and VOD avail and more info see www.twojacksfilm.com