Julia Verdin – The Producer to Watch and One of Britain’s Most Interesting and Prolific Talents in Film.

Julia Verdin is the producer of ‘Two Jacks’. Recently one of our favorite films at the Hollywood Film Festival, ‘Two Jacks’ is a film that encompasses many themes and is sure to be a favorite on the festival circuit.

Julia is a British independent film producer in Los Angeles. Producing over 30 feature films including theatrical releases such as “Stander” with Thomas Jane and Deborah Unger, “Merchant of Venice” with Al Pacino, Jeremy Irons. Julia is most known for her passion and dedication to her work and her latest creation, “Two Jacks”, which was part of the official selection of The Hollywood Film Festival is an utterly charming film, with amazing production value for it’s budget, great performances from every cast member, stunning costumes,and i want a CD of the film’s music!

“Two Jacks” was a passion project for all those involved in the making of the film and because of that it was a great experience,” says Julia, “I loved working with all of the actors and production team involved.” Being at The Hollywood Film Festival is the perfect fit for a movie of the sort. “Two Jacks” is a film about then and now, a film that chronicles two men, father and son separately but who have similar experiences several years apart and showcases the impact that the passage of the time has had. Essentially, ‘Two Jacks’ is a film that pays homage to Hollywood, the old era of glamor, and the adaptation of a Tolstoy story with a Russian flavor to it, using some of the production design, music and the Russian dancers in a few scenes.

Thus far, ‘Two Jacks’ has been receiving positive feedback. “‘The funny thing about film making is you would think you are done when you finish and deliver a movie”, says Julia, “in today’s’ market place- it takes a year to make and and deliver a movie and then another year to market, do the festival circuit and get your film sold and into distribution.”

The coming of age element, finding maturity, tied with the idea of how we often hang on to memories, and glamorize them, shows how warped perceptions can block people from moving forward. “Two Jacks”, makes it apparent and is sure to be a huge success. The film makers have managed to cleverly capture all Tolstoy’s themes of the short story and make it relatable today and also make it fun and glamorous via it’s Hollywood setting. Julia Verdin is Britain’s most successful female producer of her generation, make sure to check out “Two Jacks” and keep up with her future projects.

To find out more about Julia and her upcoming film projects see www.juliaverdin.com and for more about Two Jacks see www.twojacksfilm.com 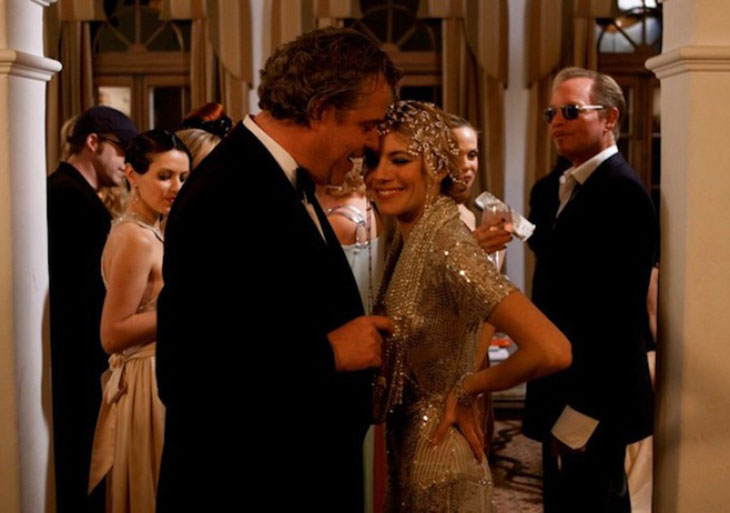